I am attempting to gradually visit all of Amsterdam’s museums in roughly alphabetical order. The previous one was the Nationaal Brilmuseum (National Museum of Spectacles). However there was also The Jheronimus Bosch Exhibition, it just wasn’t in Amsterdam. The next one is the Electrische Museumtramlijn Amsterdam (Electric Tramway Museum).

The Diamond Museum starts at the beginning, with the creation of diamonds under the crust of the earth, proceeds to the manufacture of the sparkly things you see, and finishes with their uses. In this respect, it something of an odd place, as it has quite a lot of space to fill and starts with a chronological history, but ends with a show-case of sparkles.

At the start is a video showing the history of diamonds and diamond mining, which is pretty interesting. Immediately on from this is a display that shows you where in the world diamonds come from, with handy lights that light up when you press buttons, and video commentaries about some of the places. This is a really good way of getting more in-depth information into the various places. 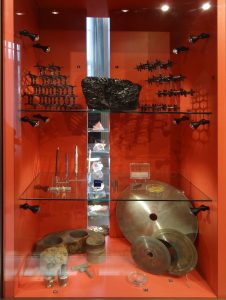 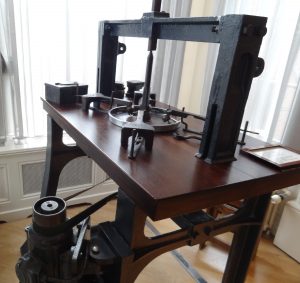 A diamond polishing table, set up for photo taking if you’re not there on your own.

Phases of cutting a brilliant (a sparkly one.) 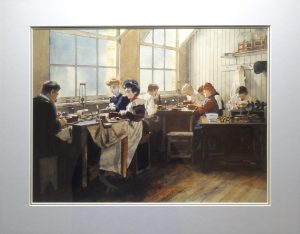 People working on diamonds, from the days when people looked like paintings

The next set of displays covers diamonds as a mineral, the process for working them (cutting, polishing), gold/silver/platinum smithing, because what good is a diamond if you haven’t got something to stick it on to? You’ll learn about the “Four Cs”: Carat, Clarity, Colour, and Cut. 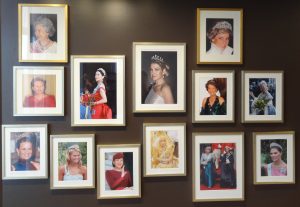 Royal people showing off their bling 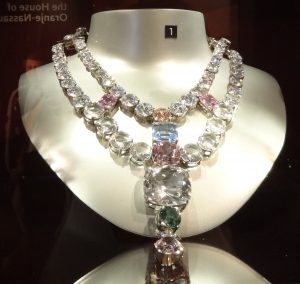 Finishing the history lesson series is some examples of more modern day, and how royalty (especially the house of Oranje-Nassau) have worn their diamonds. 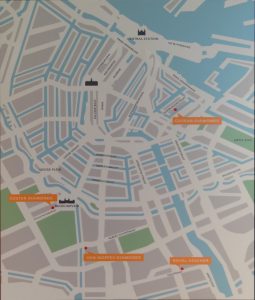 If you want to buy a diamond factory, be there then.

Next is an interesting section on the history of the diamond industry in Amsterdam. From 1576, Jews fled the Spanish, and as they weren’t allowed into the pre-existing guilds, they ended up (among other things) working with diamonds. This pretty much stopped in World War Two, as many didn’t survive. This is a hugely condensed history, and there are undoubtedly better explanations around. However, while there is no production going on any more, since the 1960s Amsterdam has become a centre for selling direct to consumers (particularly tourists.) 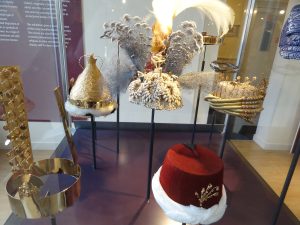 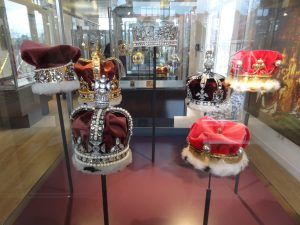 Upstairs is mostly showing off livery and things made with diamonds. It has a “glamour room”, which is pretty garish, even if you ignore the centrepiece. 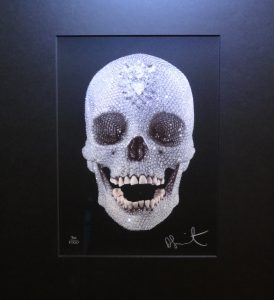 You might think this is a bit garish, but just wait…

Just to spice things up, you have two diamond-encrusted skulls. The first is just a photo of one called “For the love of God” (by Damien Hirst), named by the response his mother gave when he told her what he was planning to do. Not kidding.

The second, the Coster Skull, is in the glamour room, and is inspired by Hirst’s piece, but it has over twice as many diamonds (17,000 of them.) The whole room is mirrored and has movie clips relating to diamonds playing. It’s a bit odd.

I’m not quite sure what to think of the Diamond Museum. It manages to set the scene in a rather unfortunate way as the area the ticket counter is in is also a shop where you can buy “Dutch Clogs”, and bags and hats that say “Amsterdam.” Don’t buy one of those hats, every other tourist has one too. The museum itself is quite well put together, and has some sections of really interesting things, but overall it has something of a feeling that they’re trying to stretch the other parts out a bit too thin in order to fill up a space.

There was also no mention of a diamond-encrusted cheese slicer.