I am attempting to gradually visit all of Amsterdam’s museums in roughly alphabetical order. The previous one was the Amsterdam Tulip Museum. The next one is the Anne Frank Huis.

The Biblical Museum isn’t a large museum, but it is densely packed with historical items and replicas that cover the Christian religious history of Amsterdam, which is actually pretty interesting in its own right. It lives on the top floor of one of the Cromhouthuizen (see a future post), taking a couple of rooms and an upper area for school activities. 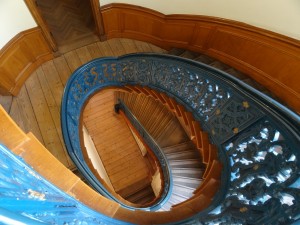 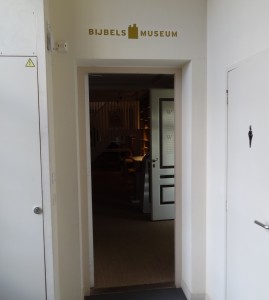 After working your way up through the Cromhout House, you get to the top of the stairs, and this doorway. The first thing you should do is put your audio guide (if you got one, but you should get one) into the machine that’s there and enter your email address. This will cause a summary of everything you listened to, and didn’t listen to, to be sent to you later. This is really handy when it comes to doing something like typing up a blog post about it.

The first room is quite full of artefacts, mostly (not surprisingly) bible-like in nature, with a particular focus on the Dutch history. The nutshell version is that the Netherlands was catholic and calvanist, then became protestant, and the catholics had to go about their catholicing in secret, and weren’t allowed to hold public office. There’s a lot more to it than that though. 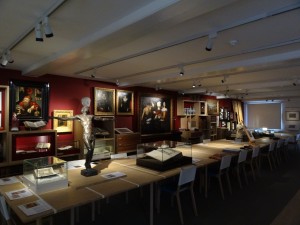 The main room of the museum 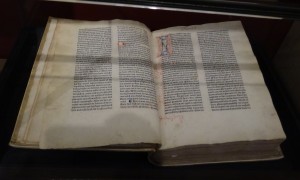 Amongst the various things here is a Delft Bible, which is the first book printed (as in, with a press) in the Dutch Language, in around 1477. Nearby it is some toilet paper, made from the bibles sent to Romania. In 1984. Authorities claimed that it wasn’t actually the case, but you can read the words in the paper. 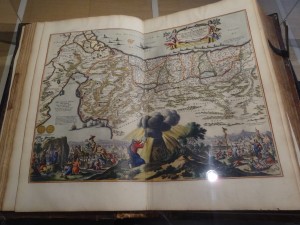 In the next room there is a lot more variety. To start with, there are models of things, such as Reverend Leendert Schouten’s (the founder of the museum) model Jewish Tabernacle, and one of the Temple Mount. These are quite large and really quite detailed. 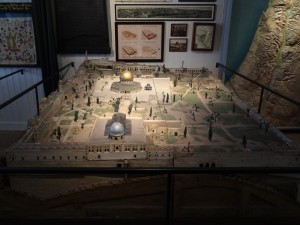 Model of The Temple Mount in Jerusalem 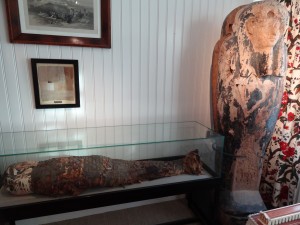 Not much further on, there is an Egyptian sarcophagus and a mummy of a young woman. Alongside these are other artefacts, in order to give people a feel for the religious life of the Ancient Egyptians, and many other assorted curios that Schouten collected. 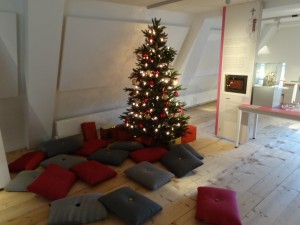 When are Christmas trees supposed to come down again? 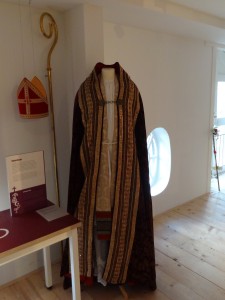 Finally, in the upstairs, is an activity area aimed at school groups. Currently it’s talking about holidays (a good topic to get kids to listen, I bet) and their connection to religious themes.

The Biblical Museum is a good place to visit if you’re interested in the religious history of the country, which is quite deep. Also, to get there you have to pass through the Cromhout House, which is worth seeing as well. My main quibble with it is that it feels a bit like the collection was just put there, with not much of a theme (beyond the obvious) or chronology.