I am attempting to gradually visit all of Amsterdam’s museums in roughly alphabetical order. The previous one was the Bijbels Museum. The next one is the Nationaal Brilmuseum (National Museum of Spectacles).

The Anne Frank House is one of those places that is considered a must-see in Amsterdam, and this reputation is quite justified. It tells a story that is both personal and terrible, and provides a depth of insight into a period of history that goes much further than most historical accounts of things of this nature. In particular, it (along with the diary) takes a slice of the life of a young girl, rather than attempting to be a historical resource to teach you about events. This makes it both more accessible, and more tragic.

My visit is slightly out of alphabetical sequence due to not wanting to stand in a multi-hour queue, and also wanting to do the half-hour introduction beforehand. To do this, and get it at a time that I could make it, I had to book nearly two months in advance. So, if you’re just visiting Amsterdam, keep this in mind and book early. With one exception, photography is not permitted inside the House so this post will only have those that can be taken, or from other sources.

In case you’ve been living under a rock since about 1947, Anne Frank was a Jewish girl in her mid-to-early teens who fled with her family from Frankfurt to Amsterdam, as Nazism started to rise in Germany. Unfortunately for her and her family (amongst many others), the Netherlands fell in 1940 and rules against Jews were applied there as they were in Germany. To try to avoid getting rounded up and sent to concentration camps, the family went into hiding. During this time, Anne was keeping a personal diary which provides detail into what her, her family, and the others hiding with them were going through. As I write this, I’m about a quarter of the way through reading it, I suggest you read it too.

The house was the office and warehouse of Otto Frank, Anne’s father, who owned a company producing pectin for jam. Like many canal houses of this era it had a second building behind it, which was connected via a walkway to the front building. It was in this rear house (Dutch: Achterhuis), usually referred to the Secret Annex, in its enclosed courtyard that they hid.

My visit began by walking to the side of the building that didn’t have a giant queue, and pressing the buzzer on the door marked as being for ticket holders, and feeling only slightly bad for those at the other door who had been waiting for an hour or two to get that close. Grab a brochure from the shelves here, I didn’t and there’s no other obvious opportunity to do so. So I didn’t get the brochure to scan and post here.

This is part of the line. 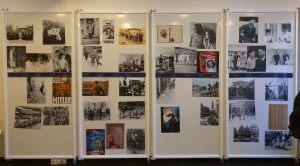 My booking was at 14:30, but it would pay to be 5 or 10 minutes early, just in case you get stuck behind someone who is taking forever to sort out whatever it is they’re doing. Those of us booked in then went into a room which had a photo timeline of Anne’s history juxtaposed against photos of world events at the time, mostly concerning World War 2. A staff member then gives a half-hour introduction to Anne’s life, her family, the history of the building, the broader history behind the whole situation, and so forth. I really recommend doing this if you can, it was very interesting and gives you more of an idea of what to expect, and the man giving the talk explained it well.

After this, we proceeded into the house itself. The Anne Frank House gets roughly 1.2 million people through per year, or about 4,000 per day. As such, everyone is necessarily funnelled through in a very strict path. To start with, this is mostly showing you the layout of the house. After the families hiding were betrayed and captured, all the furnishings were removed and fed to the German war machine. Following the wishes of the father Otto (the only member of the family to survive the war), it is shown in that stripped state.

You are taken through the front house to start with. This contains photos and descriptions of what its function was originally, as an office and storage place for Opekta. As in all the rooms, the walls contain snippets of relevant content from the diary itself, along with other bits of information about the people involved, both those hiding and those who were helping them. 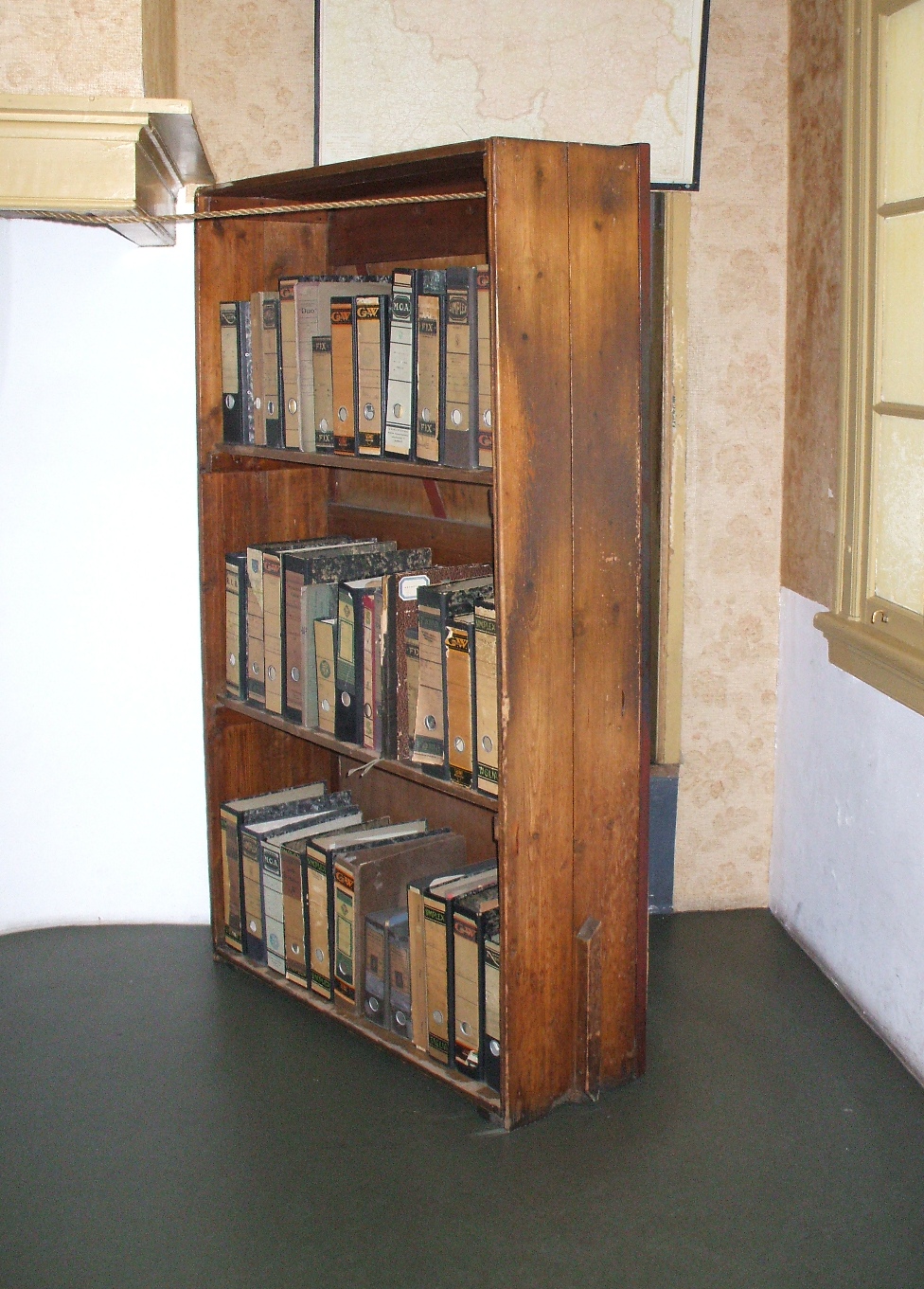 As you proceed, you pass through a doorway behind a bookshelf. This was the access point into the annex that they were hidden in. The bookshelf had been manufactured to make the doorway less likely to be discovered. In a room prior to this, there are models of this area to let you see it from a birds-eye view, but being in it puts it into perspective: eight people living in an area about half of that of my one-bedroom Dutch apartment. And I can go outside!

Through here, you can see how they had to live, with photos showing reconstructions of how it was actually laid out at the time. On the wall of Anne’s room there are pictures and postcards that she had put up while living there. Things like this make a real, concrete connection with the reality of what you’re reading in the diary itself.

Once you have been through the annex, you then go on to a more museumy area which has video interviews with people who were there at the time, and others connected with it. It also has the diaries themselves, keeping in mind that they span a few years, so there is more than one. In addition, she started another edition when hearing that post-war, documents like this would be valuable for telling the stories of people at the time. Her intention was to write a novel of her experiences. This happened, albeit posthumously. There are more artefacts associated with the Franks, such as German POW documentation, and things detailing the Holocaust in general.

From there you leave and go out to an area with some more, longer, videos playing, on to the bookshop, and out.

I’d highly recommend visiting this, and also reading the diary itself. It’s profound, educational, disturbing, and fascinating all at once. This becomes even more overwhelming when you think that it’s simply the story of a small number of people, through the eyes of one. How many other people went through other similar things but just didn’t write it down? Or if they did write it down, it was destroyed instead of discovered. The story of how Anne’s diary came to be published is interesting enough in its own right, but they’ll tell you that when you visit.