I am attempting to gradually visit all of Amsterdam’s museums in roughly alphabetical order. The previous one was the Amsterdam Cheese Museum. The next one is the Bijbels Museum.

The early seventeenth century was a pretty strange time in the Netherlands. Tulip mania was all around, livelihoods were being built up, merchants were raking it in, and then it all came crashing down. Roughly like the dot-com boom, but even weirder. Despite the crash, the tulip became one of the symbols of the Netherlands, alongside clogs, windmills, and weed. So it’s quite natural that someone made a museum to capitalise on this. 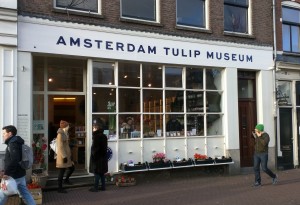 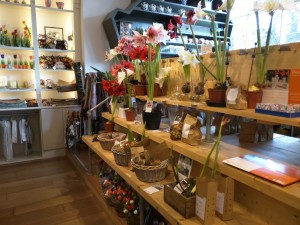 Some of the shop floor

In the spirit of the cheese museum, the Amsterdam Tulip Museum is really a shop hiding a museum downstairs so that it can encourage tourists to come and buy something. Again, this isn’t really a bad thing. In this case, the museum is actually reasonably comprehensive about its narrow subject matter.

You enter into a shop that is selling anything you want that’s tulip related, whether it’s bags of bulbs, grown plants, or postcards. The prices have gone down since the 1600’s, too. At the back beside the counter is the entrance to the museum part itself. 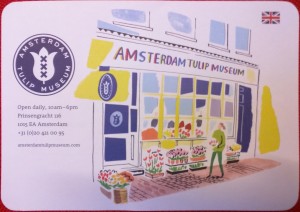 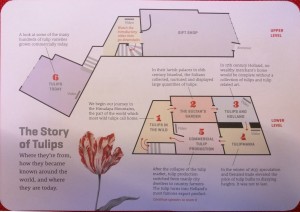 You start in a room with a video playing that gives you a bit of a run-down of the history of the tulip, starting with how it’s from somewhere around Tibet, made its way through the Middle East, to Turkey and then into the Netherlands. Or something like that, I didn’t take notes. Tulips come in many varieties 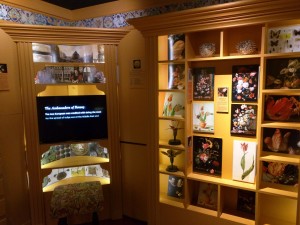 Blowfish is also a type of Tulip, I guess

Then you proceed downstairs and through a sequence of rooms that show you chronologically the history of the tulip. This is pretty well organised with lots of little bits showing the events of that particular era. A few of them have movies or audio or music corresponding to whatever that particular room is about. 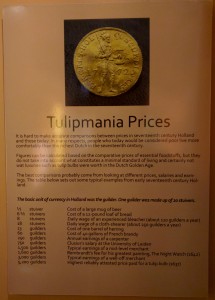 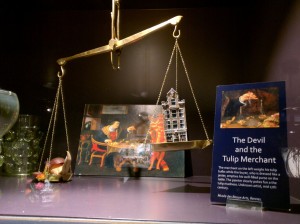 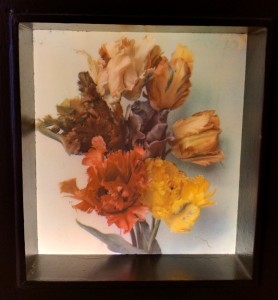 Autochrome photograph of tulips from a long time ago

As well as pictures and plants, there are plenty of other interesting little things there that are more or less related to tulips. For example, paintings of the time that feature them, or how they were used as the subject in early autochrome photographs around the first decade of the 1900’s, due to being colourful.

After the historical information, you are presented with a video on the modern tulip farming process as it is today, as the Netherlands is still a large (if not the largest) producer of the flower.

Update (1st May 2020): it looks like the website has had a bit of an overhaul some time in the past, now all the useful information is properly front-and-centre, and all the extra interesting but not so important stuff is below the fold. Good work!

The Amsterdam Tulip Museum website is a bit rubbish. Lot of info, but not want your typical visitor is probably likely to want to know, nor is it organised in a useful way. The pricing information is on a page about discounts, which doesn’t mention anything about discounts, and there’s a whole section about not accepting the Dutch Museumkaart. Only when writing this up did I discover that it actually does have the opening hours on that page, in the small print at the bottom of the page. Also, the link to Google Maps from the address is actually a link to the cheese museum, luckily that is almost right next door. If someone from the Tulip Museum ever sees this, please get someone to overhaul the content of your website!